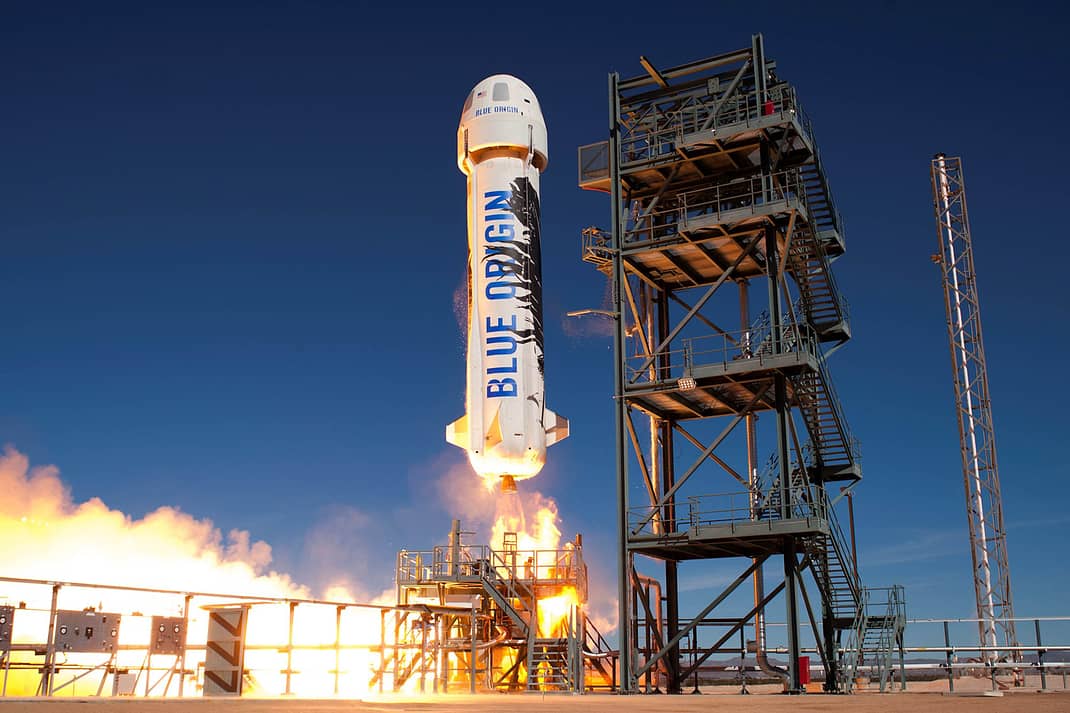 Did this open up a new era in space tourism? That’s the question CNN International asked Jamie Turner (co-author of An Audience of One) in the wide-ranging interview below.

Full transcript below the video.

We’d like to welcome Jamie Turner, a professor of marketing, and co-author of An Audience of One. Jamie welcome, to the show.

Jamie Turner: Great to be here, thrilled to be on the show.

>> Here is how many will best remember a much younger William Shatner.

>> Scene from Star Trek: “They used to say if man could fly, he’d have wings. But he did fly. He discovered he had to.”

>> They say that space tourism is expected to be a 2 and a half billion dollar industry. Who wouldn’t want to travel in space on a rocket the captain of the Enterprise?

Is what we saw a publicity stunt?

>> Yeah well, there was publicity stand behind it, there is also meaning behind. It if you watch an interview with William Shatner on CNN, he was effusive with his thinking and thoughts about the blue sphere that he saw, and how fragile it is. But the real thing that we’re trying to do, is build interest in space travel. We’re in the very very beginning stages of it, Bezos is a genius, Musk is a genius, and Richard Branson is a genius.

They’re all looking to build that interest, so that over the long term they could start to encourage space travel.

>> We know that William Shatner played this role for almost 30 years, but many as you said, the real experience of traveling to the final frontier, or at least the very edge of space is what it’s all about. Here is Shatner being interviewed by Jeff Bezos.

>> What you have given me, is the most profound experience.

>> He was literally in tears.

He went on to say that everyone should experience this. It’s not exactly really for everyone right now, is it?

>> It’s not, the prices range from $28 million in auction for one of the first tickets, but now they’re saying it should be about $200,000 to $450,000. Again, not necessarily something that everyone has in their pockets. But if you are multimillionaire, you know, you might consider it. And over the course of time, of course, as with all products, the prices will fall.

I can see in the next 10 years, it being a $50,000 ticket, maybe a $40,000 ticket. Then you are talking about, maybe not ordinary Joes doing it. But a lot of people being able to afford it. And that will continue to drop over the decades.

>> How similar is a space tourism industry, right now, something more like a play thing for the very very wealthy. Compared to the early days of airline travel when it was incredibly expensive to fly on planes.

>> You know, in the early days of air travel, it was, it was very, very expensive. It was only reserved for the very top echelons of socioeconomic status. But now we’ve got things that are within reach, again, $250,000 grand. But over the course of time that’s going to drop. And in a future, within your lifetime — you’re younger than I am — within your lifetime we’re gonna start seeing a lot of people going off in the space, including space hotels that are already on the blueprints right now.

>> Will we also be seeing, I don’t know, rocky capsules with sponsorships on the side? This rocket brought to you by pizza hut. We saw that with the Russians years ago. There seems to be a sort of ban on marketing, because now sudden want this for his stuff in space.

>> Yeah, NASA said early on, we really don’t want to commercialize space. We’re here for science, and things like that. That’s why what Musk, and Bezos, and Branson are doing is so interesting. Advertising will defray some of the cost of going to space by putting billboards up, doing all sorts of stuff. Pepsico actually had a plan to do a space billboard, it was PepsiCo Russia, and in the U.S. Headquarters said you’re not gonna do that, it’s too much of a space junk. There’s a lot of space junk up there, so they put the kibosh on.

The bottom line is in, the future we’re going to see the commercialization’s base. We’re gonna see a lot more marketing happening in space. I think that’s a good thing, because it can defray the cost, and bring the cost of space tourism down as we move forward.

>> Very quickly though, is there anything in place to regulate this at all. Can people do whatever they want to have the money?

>> They can do whatever they want, if they have the money, in terms of the space marketing and all that stuff. So over the course of time you might find regulations happening. But, right now, because of what all of these guys are doing outside of NASA, there aren’t many regulations. Within NASA they have regulations, but outside of that there aren’t really.

>> It is the wild west. Thank you Jamie Turner, co-author of An Audience of One. See you again soon.

This website uses cookies to improve your experience while you navigate through the website. Out of these, the cookies that are categorized as necessary are stored on your browser as they are essential for the working of basic functionalities of the website. We also use third-party cookies that help us analyze and understand how you use this website. These cookies will be stored in your browser only with your consent. You also have the option to opt-out of these cookies. But opting out of some of these cookies may affect your browsing experience.
Necessary Always Enabled
Necessary cookies are absolutely essential for the website to function properly. These cookies ensure basic functionalities and security features of the website, anonymously.
Functional
Functional cookies help to perform certain functionalities like sharing the content of the website on social media platforms, collect feedbacks, and other third-party features.
Performance
Performance cookies are used to understand and analyze the key performance indexes of the website which helps in delivering a better user experience for the visitors.
Analytics
Analytical cookies are used to understand how visitors interact with the website. These cookies help provide information on metrics the number of visitors, bounce rate, traffic source, etc.
Advertisement
Advertisement cookies are used to provide visitors with relevant ads and marketing campaigns. These cookies track visitors across websites and collect information to provide customized ads.
Others
Other uncategorized cookies are those that are being analyzed and have not been classified into a category as yet.
SAVE & ACCEPT